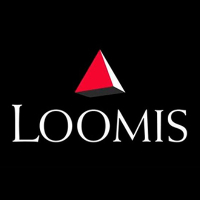 Loomis AB has, through a wholly owned subsidiary, entered into an agreement to acquire 100 percent of Prosegur Cash Holding France (PCF). PCF conducts primarily domestic cash handling services in France and has its head office in Lyon.

As the largest carrier in Europe Loomis already services France, including countries such as the UK, Germany, Spain and Belgium. Prosegur, with its significant coverage, looks to continue Loomis’ push into European markets.

PCF has approximately 630 employees and the annual net revenue in 2018 was approximately EUR 38.5 million. The acquired operations will be reported in segment Europe and consolidated into Loomis as of the closing of the transaction.

“The French cash market is large and important to Loomis. PCF is an operationally solid cash handling business that complements Loomis France present customer portfolio and geographical footprint very well. We look forward to increasing our presence in France and are happy to welcome all new employees and customers to the Loomis group” says Patrik Andersson, President and CEO of Loomis.

The final purchase price will be determined at the closing of the transaction. The closing date is expected to be in the third quarter, 2019, pending local works council procedures and approval by the French foreign investment regulator. The purchase price is payable on closing.