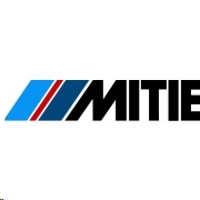 MITIE, the strategic outsourcing and energy services company, has won a major contract to provide cleaning and environmental services for Birmingham Airport, the third largest airport outside of London.

The contract is for a five-year period and has a total value of £10m. MITIE’s transport cleaning team, which also cleans cross-Channel ferries along with train and bus companies, will be responsible for delivering the services. The contract commences in May 2012 and will see approximately 90 people transferring to MITIE.

The services provided at Birmingham Airport will include terminal cleaning, waste management and pest control. The team will also be cleaning the monorail that connects the airport to the NEC, and the Birmingham International Interchange at the railway station. In addition, MITIE will be helping to prepare the airport for the winter months.

MITIE will be working in partnership with Birmingham Airport by taking a joint approach to investment in people, training and the local community as part of the contract. A structured framework for more services is also in place, which could see additional work for MITIE.

Johan Venter, managing director of MITIE’s transport cleaning business, said: “We are delighted with this win. Nearly nine million passengers use Birmingham Airport each year and it is our challenge to ensure that the terminal is as clean as possible every day of the year. We look forward to working with Birmingham Airport and delivering world-class services in the years ahead.”