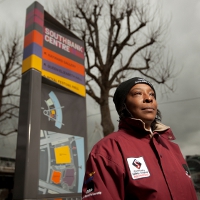 Capping off a remarkable year for The Shield Guarding Company Limited UK, an award winning national security company in the UK and a fully owned conglomerate of India’s respected brand Tops Security Limited, one of its esteemed clients, the South Bank Employers Group (SBEG) has won the Gold Certificate of Merit, for its unparalleled work in reducing antisocial behaviour, street drinking and begging, in the Waterloo, Blackfriars and South London area at the prestigious Tilley Awards 2012, the national award from the UK’s Home Office. SBEG now enters the public voting for the Tilley Awards 2012, where citizens vote for their favourite crime fighting project.

SBEG, a unique partnership of 17 business organisations in the South Bank, Waterloo and Blackfriars area of London with a long-term commitment to improving the everyday experience of employees, residents and visitors alike, had entered the awards under the “Projects led by non-police agencies” theme. In the early part of 2010 SBEG identified that a significant impact was being made on residents, businesses and visitors in the area who were experiencing increased volumes of anti-social behaviour. The main issue being offences associated with street drinking which were linked to the increasing homeless population frequenting the area.

In response, SBEG recognised that implementation of the Community Safety Accreditation Scheme (CSAS) would provide a positive response to the problems experienced. SBEG joined forces with the Metropolitan Police Service to implement the Community Safety Accreditation Scheme (CSAS) to tackle the problem of antisocial behaviour, street drinking issues, a rise in rough-sleeping population and begging, specifically utilising the services of The Shield Guarding Company Limited to combat this. Under the South Bank Employers Group’s Community Safety Accreditation Scheme (CSAS) and with the guidance of The Shield Guarding Company Limited, the borough of Lambeth saw a reduction in police calls for ASB (Anti-Social Behaviour) in the area by 60 per cent per year.

Furthermore as the scheme progressed there was a rise in the SBEG patrol area in reported offences of begging. In December 2011 the SBEG patrol staff were trained and further accredited with the power to deal with begging. This has had a positive impact, reducing the levels of begging reported, demonstrating the flexibility of CSAS and how it can be adapted to deal with changing community safety needs.

Speaking about SBEG’s recent win, John Roddy, the Managing Director of The Shield Guarding Company Limited UK, said: “A massive congratulations to SBEG on winning the Gold Certificate of Merit at the Tilley Awards 2012. The award is recognition of their fantastic work in the arena of reducing low-level crime and anti-social behaviour.

On behalf of The Shield Guarding Company Limited UK we were delighted to support SBEG. I and my colleagues are immensely proud that SBEG is now further nominated in the Tilley Awards 2012 public vote and we urge the community to vote for SBEG so that they can continue the valuable work they do to ensure the streets of London are protected and secured.”

Councillor Jack Hopkins, Lambeth Cabinet Member for Public Protection and Community Safety said: “We in Lambeth are immensely proud of the work done on the South Bank by South Bank Patrol and their use of the CSAS powers in tackling ASB and low level crime. The problem solving and flexible approach typifies what we are trying to do across Lambeth, supporting partnerships of all relevant and interested parties whoever they might be within a particular neighbourhood to solve the specific problems of that neighbourhood.

As a result of this work the South Bank, one of Lambeth’s cultural gems, is a safer place to be for those who work, visit and live there. I cannot congratulate enough the work that SBEG and the wider partnership do. ‘Best Practice’ is a phrase oft used – in this case it is absolutely justified.”