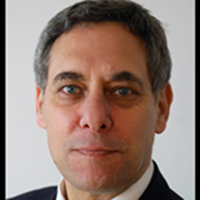 Having spent the last twenty-two years running my own one-man consultancy, I started a new chapter in my life in December when I was offered the position as MD of the start-up international division of a US security technology company, InfraSafe. InfraSafe is a privately-owned company that has developed close relationships as a trusted partner of various US government agencies, with two separate divisions covering advanced security management technology and access control & visitor management systems.  They have reached a stage where they wish to develop their presence in emerging markets, and together we have identified Africa, the Middle East and eastern Europe as natural targets for our expansion programme.

However, when I was asked which market was most attractive as a Stage One project, I had no hesitation. In my mind, there was only one possible answer – Africa, and within Africa, only one possible starting point – Nigeria. The response I have seen when I have told people that I am going to spend the next few months of my life establishing a security operation in Nigeria has been almost universally one of surprise, doubt and – in many cases – the equivalent of ‘Good luck – you’re going to need it’. However, after further discussion it has also often become clear that the people I have been talking to, and especially those with a knowledge of emerging markets, accept that Nigeria is possible the best place in the world to be at the moment in terms of high-growth business opportunities.

From an economic perspective, Africa in general, and West Africa in particular, is one of the most exciting markets on the planet. The recent Ernst and Young report on Fast Emerging Markets identified Nigeria and Ghana as amongst the top twenty-five emerging nations, in fifth and sixth place respectively in terms of real GDP growth between 2002 and 2012, with Nigeria being in fifth place in terms of the stability of the domestic market from a macro-economic perspective.

As far as doing business is concerned, whilst there are clearly challenges in entering the African market (as there are in entering any market), there are also real incentives that create genuine opportunities for those that have the understanding, as well as personal and corporate capability to live with and take advantage of them. The most significant pull as far as long-term, strategic market development is concerned is the simple fact that Africa is about to leave behind the drag affect of the lack of infrastructure in terms of power and, most importantly, communications. The revolution in web-based communications has meant that Africa can by-pass the legacy of the last half century concerning the lack of communications infrastructure, and move directly from the 1950’s to the second quarter of the twenty-first century. The introduction of wireless technology has meant that whole countries can now become part of the connected world, and the energy that this has released has only just begun to become manifest. What is beyond doubt is that the ways in which wireless technology will revolutionise the way that Africa deals with itself and the rest of the world, and the opportunities that that creates from a social, business and entrepreneurial perspective have only just started to be explored.

The second pull that has had a significant impact in our decision to concentrate on Nigeria is the level of education and customer service that is apparent at all levels of operation. From hotels to shopping centres, restaurants to real estate agents, the personnel involved are trained, professional and committed to creating a relationship with potential clients through enhanced levels of customer care. As the President of the company said, having visited Nigeria for the first time ‘If this is the level of personal commitment and customer care culture, then we can certainly find people who can represent us and the values we embody’.

And the third criteria that persuaded us that Nigeria was the place to set up shop was the fact that there are numerous examples of organisations and commercial enterprises that through hard work, long-term strategic planning and a commitment to excellence in all aspects of their operations have claimed a dominant market share in what would from the outside seem highly competitive and fragmented sectors. There is undoubtedly a premium that can be charged for excellence, but whilst that excellence and customer loyalty has to be earned and then maintained, the rewards for doing so are significant.

Having spoken to many people involved in all aspects of security management in Nigeria, it has become clear that although there is an understanding of the value that effective security management can bring, there is a skills gap that has prevented what we would consider as even basic security technology to be introduced in rational and integrated manner. One of our objectives is to support the development of that market, and help establish the frameworks that will allow the creation of a well-trained security management sector. My role as UK Security Institute Board Director with responsibility for international development will undoubtedly assist in that project, and we have already been approached to help facilitate various programmes associated with security and risk management training.

When I was making the decision as to whether to accept the position (a decision that I must admit did not take me too long), there were two thoughts that kept coming back into my mind, and which finally persuaded me that this was an opportunity not to be missed. The first was the simple saying that you can judge a person by the challenges that they accept, and there is no doubt that in terms of big juicy challenges, this is up there with the best of them. The second was something I was taught in Japan many years ago. In Japanese business, one of the first questions a company asks when considering taking on a new project is ‘Is the market expanding, and can we expand our market share?’. Any company that can expand their market share of an expanding market should be in a position to do well. It goes without saying that the opportunity to create a significant market share of a not-yet existing market is even more exciting.  I am looking forward to the adventures and challenges that the coming months will undoubtedly bring.

David Rubens has been involved in UK security consultancy for twenty years. He holds an MSc in Security and Risk Management (Leicester University), and is a Visiting Lecturer and Dissertation Supervisor on their Security, Terrorism and Policing MSc programme. He was a Visiting Lecturer on the Strategic Leadership Programme at the Security and Resilience Department, Cranfield University, UK Defence Academy (2009-’10), focusing on terrorism & public policy and the management of large-scale, multi-agency operations. He has written specialist reports for government agencies in Japan, Russia, Dubai, Nigeria, Liberia and the Caribbean, and is highly-regarded as a speaker on the international security circuit. He is currently on the Professional Doctorate programme at Portsmouth University Department of Criminology & Justice, where his research is concerned with the strategic management of security operations at the extremes of organisational complexity. He can be contacted at david.rubens@infrasafe.com / www.infrasafe.com