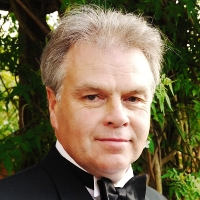 Chris Cully, the Managing Director of risk & security management company, Dilitas writes exclusively for Infologue.com. Chris writes: “Fracking is the nickname for hydraulic fracturing which is the process of drilling and injecting fluid into the ground at high pressure, in order to fracture shale rocks thereby releasing the natural gas contained within the shale rock.

“According to Chevron, natural gas extracted from shale rock formations has become the fastest-growing source of gas in the United States and other countries, particularly Argentina, Canada, China, Lithuania, Poland, Romania and Ukraine are now evaluating how they can harness this emerging energy source.

“The development of natural gas from shale has proceeded apace in the USA, where the energy industry has been aware of the huge gas resources trapped in shale rock formations. According to the U.S. Energy Information Administration (EIA), of the 2,300 trillion cubic feet of technically recoverable natural gas resources estimated to be in the U.S., almost a quarter is held in shale rock formations.

“It is only over the past decade that energy companies have been able to economically unlock natural gas from shale by combining two established technologies: hydraulic fracturing and horizontal drilling. As a result, natural gas from shale has grown to about 35% of U.S. gas production during that time. According to EIA estimates, this resource could account for nearly 50% of U.S. production by 2035.

“This massive resource has also been located in the UK and came to public prevalence on August 2013 when the sleepy Sussex village of Balcombe found itself at the centre of a hydraulic drilling site and a large group of protesters, opposed to fracking. The questions over fracking has become rapidly polarised, with great speculation around the environmental risks which shale gas extraction may or will create; with earth tremors and water contamination being at the forefront of these concerns.

“According to Prof Robert Mair in the Daily Telegraph on 26th August 2013, he is quoted as saying:
“everyone deserves to know the evidence, as it currently stands. Over the past 30 years, more than 2,000 onshore wells have been drilled in Britain, approximately 200 of which have used techniques similar to fracking to enhance the recovery of oil or gas. Chief among these is Wytch Farm in Dorset, Europe’s largest onshore oil field, located in one of England’s most famous regions of outstanding natural beauty and special scientific interest and, therefore, an area where the aesthetic and environmental impact of drilling are highly sensitive issues.

“Fracking in Britain would take place at depths of many hundreds of metres or several kilometres. So far the only shale gas fracking in this country has been at depths of 1.06 miles (1.7km) and 1.93 miles (3.1km), equivalent to the height of many London Shards placed on top of each other. It would be highly unlikely for water contamination to occur by means of fractures extending upwards from these deep shales and intercepting an aquifer, since the two are separated by a vast cover of rock. Even if it were possible, pressure conditions mean that the fracking water would not flow that far upwards.

“If there is water contamination, it is much more likely to be due to poorly constructed and regulated wells. These are lined with a steel casing, which is sealed into the ground by cement: ensuring the well’s integrity is very important if the risk of contamination is to be kept to an absolute minimum. Here in Britain, we have a long history of worldclass oil and gas industry regulation, plus a unique examination scheme to ensure that the design, construction and abandonment of wells is reviewed by independent, specialist experts.

“The other main potential cause of environmental contamination is poor site construction at the surface. However, any risks can again be minimised by best practice and good regulation, which Britain has a good track record of upholding. For example, every company must disclose the contents of the fracturing fluid they use, which is not mandatory in America.

“There has also been concern about fracking causing earth tremors, but the evidence indicates that this will not be a big issue in Britain. Coal operations have been causing barely noticeable levels of seismicity for many years and we expect that those caused by fracking will be at an even lower level, no more severe at the surface than the passing of a truck. (Sic)”

“Whilst I have no technical or scientific knowledge about fracking, I have enough experience to know when trouble is starting to brew. Several companies are now actively engaged in locating natural gas from shale rock in the UK. These companies are funded by investors, keen to see a rapid return on their investment. In turn are the landowners, mainly farmers, who are keen to see if their land sits atop massive natural gas reserves. Both these groups stand to earn substantial long-term funds, as and when natural gas deposits are found.

“In line with the above two groups are the local communities who are located close to the drilling sites. When gas is found, they will rapidly see their quiet, country infrastructure become subject to water tankers, HGVs’ carrying drilling equipment, destruction & damage of local roads and lanes & planning permission for new roads, etc.to enable a rapid and larger movement of vehicles to and from the drilling sites.

“This damage and change to the local environment will cause local residents start to turn against the drilling and those involved with it. As this discord grows, the environmentalists will add further fuel to this discordant fire and finally will come the domestic extremists who will make fracking their current cause celebre.

“I believe that 2014 will see a rapid rise in disruption and public disorder concerning fracking. I also believe that the companies engaged in drilling and the landowners, whose land is used for drilling, will become targets for the more hard-core anti-fracking supporters. They, in turn, will be supported by the domestic extremists who are looking for a new cause against which they can direct their not inconsiderable efforts.

“For those of us who have clients engaged in shale gas drilling, the time for preparatory action is now. The clients need to be prepared for the action, which is likely to be directed against their companies, their families and those secondary and tertiary suppliers who support and assist their businesses. The landowners will also become main targets, as may the local community and local infrastructure.

“The time for pro-active effort and preparatory security plans and protocols is now.”

Opinions expressed by contributors and commentators do not necessarily reflect the views of Infologue.com or Interconnective Limited.