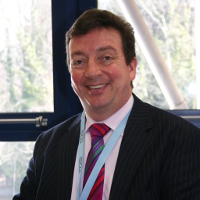 John Davies, MD of TDSi features on Infologue for the first time, he explains  ‘It Can Be Easy Being Green’ and how a company could benefit from initiating environmental responsibilities.

“There is a palpable feeling amongst many business leaders that the UK economy as a whole is experiencing what is often referred to as ‘Green Shoots’ of recovery and growth. It’s also a rather apt phrase, considering the economic downturn and recession that followed undoubtedly took some attention away from many ‘Green’ concerns, with buyers in many sectors including security mistakenly believing it meant more expense. However, the security sector, has recognised that being ‘Green’ needn’t mean spending more money – in actual fact, saving energy and resources makes sound business sense and is now arguably more important than ever.

“Security customers are looking for solutions that not only offer reasonable upfront prices, but also provide ways to cut running costs and gain maximum saving from any investment they make. The security sector has approached this on two levels.  Firstly by making the systems themselves more energy efficient and secondly by ensuring greater synergy and integration between access control and other building services such as heating, lighting, CCTV, fire and security.

“Traditionally, consumers were particularly interested in the cost price and performance when they specified their access control systems.  Consequently, as an industry, we sold systems that addressed this and it proved to be a good business model.  However, socio-economic changes mean that we, as an industry, now need to offer energy savings whilst maintaining reliability and performance. The need to eliminate waste is now driving product development as much as the other factors.

“Many organisations start with the obvious ‘low hanging fruit’ by using low energy light systems in their office environments, which will cut the carbon footprint straight away.  At TDSi we did this too by switching to low energy lighting and reaping a saving in emissions of CO2 by 3 tonnes per annum, with a reduction in the amount of electricity that we consume.

“Switch mode power supplies are also an important factor. Unlike a more traditional linear PSU, the pass transistor of a switching mode supply, continually switches between low-dissipation full-on and full-off states and spends very little time in the high dissipation transitions – which minimises wasted energy.  Having made a strategic decision to move in this direction, we tested the two approaches to see the difference it could make to our customers in the operation and cost of running their TDSi systems.  Calculations show that the use of just one 5A power supply unit using a switched-mode approach can save over £30 a year compared to a traditional linear PSU. When used over multiple security systems, this can offer impressive cost savings.

“Saving energy on each appliance provides a solid foundation for cutting operational costs. However, going beyond this requires the integration of all the different system components to offer a more efficient solution.  The ability to integrate access control systems with other building services (such as heating or lighting for example) brings significant long-term energy savings. By ensuring that these systems are only activated when they are actually needed, users can minimise wastage of resources when the facility is empty, whilst still offering full services during busy periods.  As well as improving technology, there is even more that manufacturers and installers can do to help clients optimise their access control systems and cut energy use.  Whilst replacing legacy systems with more efficient technology is a sound long-term financial investment, persuading customers to do so prematurely can be difficult.  An excellent way to address this is to offer discounts or incentives on new systems in return for scrapping older technology. Attractively priced new systems with value-added bonuses such as warranties and service agreements ensure that upgrading access control systems can contribute to a very strong case and sound investment for any customer.

“Despite preconceptions to the contrary, there is a lot of evidence to suggest ‘Going Green’ is still a very sound sales message.  Even ignoring the wider environmental and CSR issues, it can make an excellent sales case for a market that, undoubtedly, is still looking at access spending with ever increasing scrutiny. What the access control sector, and the wider security sector as a whole, needs to do is embrace the efforts already underway and further promote the wider benefits of championing an ethos that, if done well, brings benefits to all involved.”

After graduating in Chemistry from University of London, John Davies began his working life at British Aerospace Military Aircraft Group in 1979. In 1981 he moved to Litton Industries Inc. and worked in Japan, Singapore and USA, in 1993 he established a business in Malaysia for a Canadian environmental services company, and in 1997 on return to the UK took up a directorship at Zellweger Analytics and moved to a telecom software start-up in 1999.

John joined TDSi in 2003 when it was owned by Norbain SD Limited and led the management buyout in February 2005. TDSi manufactures electronic access control and integrated security systems.

John is active with the BSIA (British Security Industry Association) having been Chairman of the Export Council and is also an industry representative on the Security Sector Advisory Group (SSAG) for UKTI DSO.