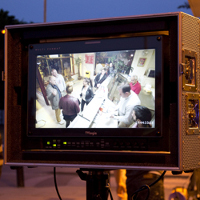 An advertising campaign to help the public understand the role and benefits of elected police and crime commissioners (PCCs) was launched today by the Home Office.

The first ever PCC elections will take place on 15 November and are at the heart of the Government’s efforts to bring local accountability to policing.

PCCs will be accountable for how crime is tackled in their police force areas. They will aim to cut crime and deliver an effective and efficient service.

The advertising campaign will raise awareness and understanding of the new role among the British public and let them know that they will shortly have an opportunity to vote.

A Home Office spokesperson said: ‘The arrival of police and crime commissioners will mark the most significant democratic reform of policing in our lifetime. The public will finally have a seat at the table when key decisions are made about crime and policing in their area.

‘The advertising campaign launched today will ensure everyone knows that on 15 November they can have a say on one of the most important public services of all.’

The package of campaign activity includes TV, radio and online adverts and aims to reach voters across England and Wales to explain the reforms and encourage participation in the local elections.

The adverts will direct people to a website and call centre where they can find out which candidates will be standing in their areas.

41 Police and Crime Commissioners will be elected throughout England and Wales, excluding London. They will be eligible to serve for up to two terms, of four years each.

To find out who is standing in your area go to: www.choosemypcc.org.uk