The Ministry of Defence subjected a bomb-proof lightweight walling system developed Alumet  to a huge explosive blast – a 220lb bomb exploded from 82 feet away, and found it not only withstood the explosion, with the dummies placed behind the strong façade remaining unscathed, writes Infologue.com Editor, Bobby Logue. 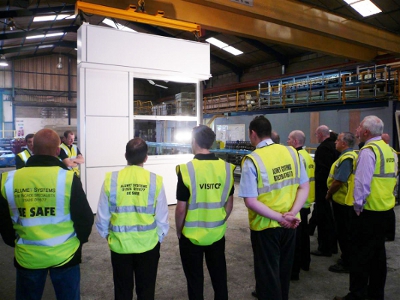 “The blast was enormous! Terrorism is not going to go away, so it is vital we keep our high security buildings safe.” said Gary Summers, Managing Director of Alumet, Britain’s leading provider of building facades, which has designed and developed the award-winning ABLE (Avon Beam Lightweight Enhanced) system which is believed to be the only one of its kind in the world. Inventing the ABLE system – which is used to protect MoD installations and other high-security buildings – turned Alumet into a key player in the global war on terrorism, the company’s contribution to Britain’s safety and security having been recognised with a Queen’s Award for Innovation.

“We were offered a big contract by the MoD which required that we ensure a high level of security for certain buildings, which also had to blend into the environment,” Gary Summers told Infologue.com. 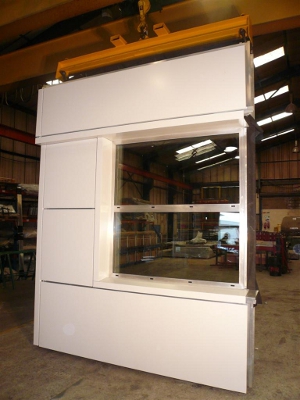 It was this that sparked off Alumet’s creative design team, who came up with the ABLE system – a lightweight pre-glazed wall that can be clad in a wide variety of materials – even timber, aluminium, or terracotta – and remain highly bomb-proof.

“Far more attractive than ugly, unwieldy re-inforced concrete! Another unique feature of the ABLE system is that the façade can be built at Alumet’s head office or one of its other sites across England, and easily transported to construction sites, for quick and easy attachment. The finished buildings look like any normal commercial units and are aesthetically pleasing, unlike the fortified bunkers we are used to associating with secure facilities,” concluded Summers.

Alumet, which has a turnover of £28-million and is the major employer in the town of Southam, is set to revolutionise the construction and protection of buildings such as airports, embassies, courthouses, police stations, banks and dozens of other vulnerable establishments. The company is renowned as the “greenest” specialised construction contractor in the business, having won numerous awards for environmental awareness, and the ABLE system fits the green bill too. All the materials used are recyclable and emissions from production are significantly less than those produced from the concrete alternative.