A recent survey conducted by the UK chapter of ASIS had a response from 25% of its 720 members with a clear message on the way forward for regulation in the private security industry. The two major groups of respondents were In House/Corporate Security (41%) and Consultants (30.6%). On the question of whether the respondents would support the licensing of In House Security, 73.8% of the responses supported the licensing of In House security personnel. Ninety five percent (95.1%) of the respondents supported the registration of businesses who operated within the scope of the regulated security sector, who would also be subject to minimum standards. However, when it came to registered organisations being able to issue licenses, subject to CRB and similar checks 56% were in favour and 33.3% were not. When it came to the Approved Contractors Scheme (ACS) 55.8% of respondents indicated they were happy with the current format and process of the scheme, with 37.9% of those in favour wanting the introduction of an enhanced ACS. Surprisingly 30% of the respondents were not familiar with the ACS requirements. When it came to the question on who should control the new regulatory regime views became more divided with 28.2% suggesting an industry based body, 27.5% of the respondents favoured a government department and 2.1 % indicated the police should run the new regulatory regime. Similar to the SIA Small Business Network survey ,reported on Infologue.com last week, 45.8% of the respondent suggested a combination of the former three would be a good mix to run the new regulatory regime. In addition to completing the survey the respondents made 85 comments which included;

“If compulsory business licensing becomes a reality then there needs to be a very robust but equitable system for auditing both large and one man band companies fairly,”

“Needs to be 1 body – the old boy network leaves anything else to open to abuse,” and

“With the nine years experience of auditing such companies I favour the existing independent statutory body the SIA.”

Mike Hurst, the ASIS Vice Chairman – Strategy, told Infologue.com “Sometimes getting members to reply to survey can be a slog, but in this case the response was immediate and overwhelming, with about 25% of the membership replying within in 36  hours!”ASIS International was founded in 1955 and is dedicated to increasing the effectiveness and productivity of security professionals by developing educational programs and materials that address broad security interests, such as the ASIS Annual Seminar and Exhibits, as well as specific security topics.

Founded in 1955, ASIS is dedicated to increasing the effectiveness and productivity of security professionals by developing educational programs and materials that address broad security interests, such as the ASIS Annual Seminar and Exhibits, as well as specific security topics.

With 6,500 holders worldwide, the Certified Protection Professional (CPP) is the leading Security Management designation and has formal UK academic recognition.

How the survey was compiled

An on-line survey was set up on www.surveymonkey.com and all the members of ASIS International were emailed the link and asked to complete the survey.

The response was immediate and overwhelming with approximately a quarter of the membership replying within 24 hours: which indicates how seriously ASIS members take the issue of security industry regulation.

The results of the survey are set out below. 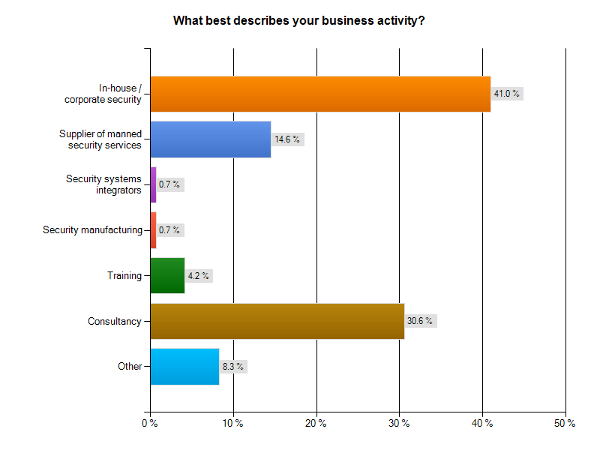 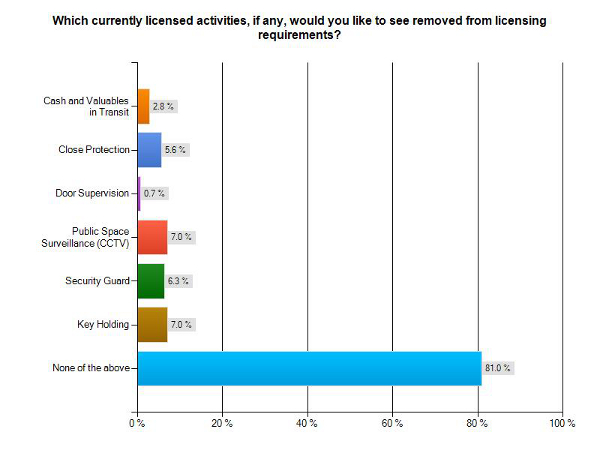 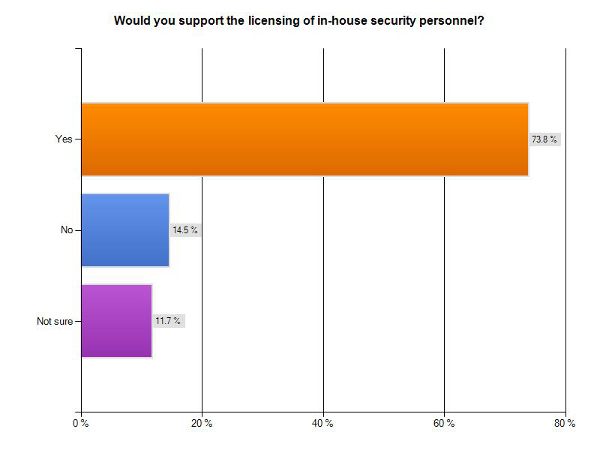 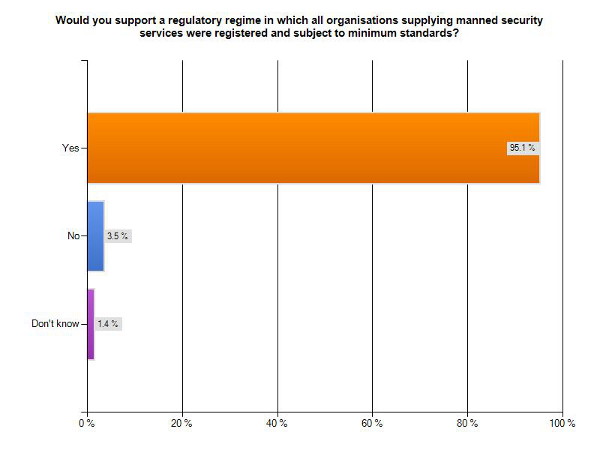 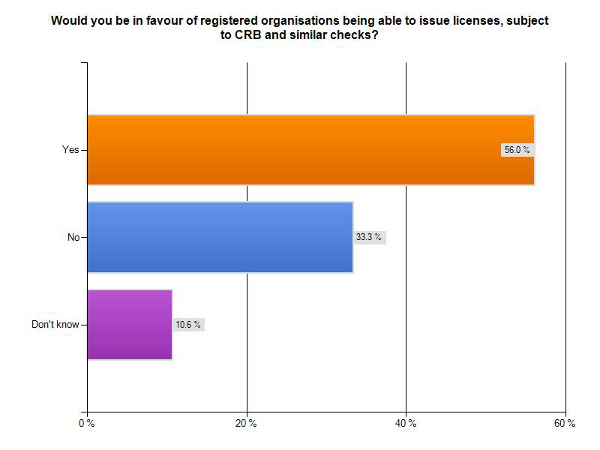 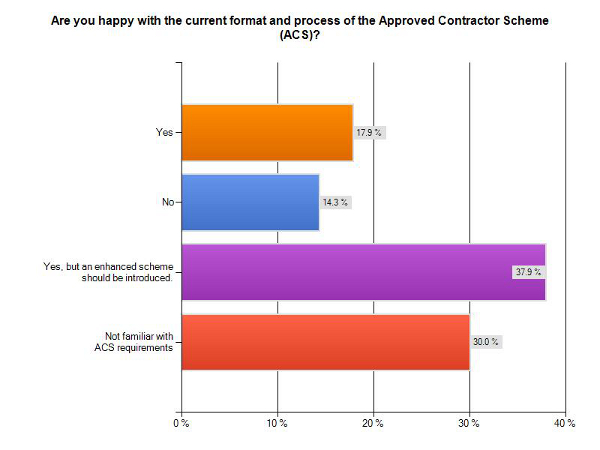 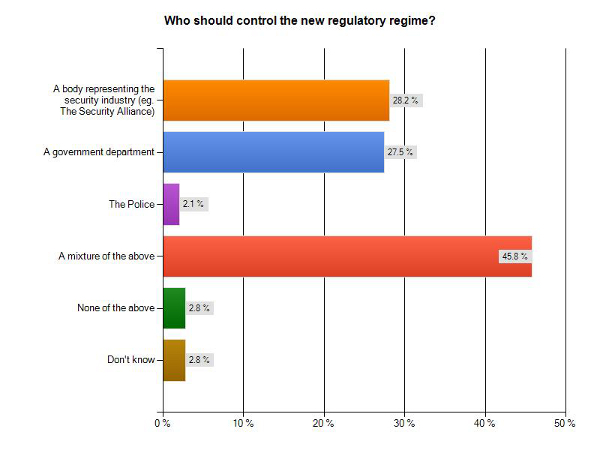