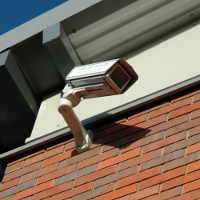 The British Security Industry Association (BSIA) has published a revised edition of its CCTV users’ logbook, to reflect recent developments relating to industry standards and governance.

Aimed at end-users of CCTV surveillance systems, the logbook has been updated to reflect current industry practice and the content of both European and International CCTV standards. This edition of the logbook also sees the introduction of carbon copy inserts for commissioning and hand-over of a CCTV system, which will be of great benefit to installers of the system, saving them the effort of having to produce their own versions and of course being able to leave a copy with their client.

The CCTV user logbook has also undergone a complete overhaul against the back-drop of activity surrounding CCTV surveillance system standards, and most recently the Government’s CCTV Code of Practice, which is nearing the end of its consultation period.

Dave Wilkinson, the BSIA’s Technical Manager, said: “Revising these logbooks has been a long time coming, but we were compelled to wait until the convergence of both the Government’s Code of Practice and a CCTV standards framework were made available.”

Copies of the logbook can be ordered from the BSIA by calling 0845 389 3889. A full list of BSIA publications can be found on the Association’s website.