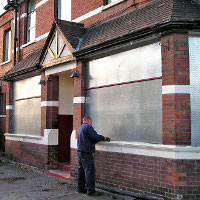 Squatting is to become a criminal offence in the UK following a change in the law, which comes into force on 1st September 2012. While this move is welcomed by the British Security Industry Association (BSIA), there are fears that the law still doesn’t go far enough to protect commercial and non-residential properties.

David Frampton, Chairman of the BSIA’s Physical Security Equipment (PSES) section, comments: “Under the revised Legal Aid, Sentencing and Punishment of Offenders Act, squatting has been criminalised for residential buildings, giving the police greater power to protect property owners. While this is a positive move, the Act does not make any provision for squatting in commercial or non-residential buildings, leaving such properties exposed to ongoing risk.

“Once buildings become occupied, it can be very difficult for owners to reclaim them, often having to follow lengthy legal proceedings to get rid of their unwanted tenants. Owners of commercial and non-residential properties should take this opportunity to revisit their security policy to ensure they are doing all they can to protect their property from intruders and the damage they can cause.”

Members of the BSIA’s Physical Security Equipment Section are often called upon to provide security solutions for property owners, and emphasise the importance of a holistic approach to security for unoccupied premises, where the integration of physical and electronic security enables owners to cover every angle in protecting against unauthorised access.

One BSIA member, Clearway Ltd, recently helped a customer to react when a construction site primed for property development was suddenly occupied by a large, well-organised group of squatters. The uninvited guests had even adopted security measures of their own, having restricted access by attaching a new padlock to the gate and letting loose several large dogs. The ongoing delays and legal fees that resulted incurred a significant overhead to the development project.

Clearway immediately put in place an action plan to ensure the smooth repossession of the site, which involved covert surveillance prior to the agreement of the security methods required to achieve a successful eviction. Physical security measures were, of course, at the heart of the plans. Barrier methods were implemented to prevent further vehicular access, while steel security screens and doors restricted access to the property, and regular site inspections were performed to ensure that the site remained unoccupied. Ultimately, the eviction was a success, with the site remaining vacant for several months after the eviction and the security measures implemented preventing any further incursions.

David Frampton, Chairman of the BSIA’s Physical Security Equipment Section, advises: “Once you’ve put in place measures such as steel security screens, doors and fencing to keep intruders out, it’s important to make sure that the site is regularly patrolled or monitored using either security officers or CCTV. An alarm is also an effective measure to detect and deter intruders, and keeping a site well-lit where possible can also help to put off potential squatters.”

At present, there is no word on whether the Government will look to introduce further legislation to make squatting of all kinds an offence. The Government argued that not legislating on this will allow students to occupy academic buildings for protest, and to allow squatters to occupy genuinely abandoned buildings. However, in its consultation response, it argues that:

“The Government remains concerned about squatters who occupy commercial buildings that are in use and will continue to explore whether the enforcement of existing criminal offences (such as criminal damage and burglary) and civil procedures that enable owners to regain possession of their properties can be improved. The Government will also continue to keep the law under review to measure the effects of the changes and to determine if any further action is needed.”

To locate a physical security supplier in your area, or to find out more about the solutions mentioned in this article, visit www.bsia.co.uk/physical-security