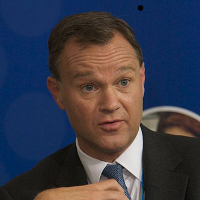 The Parliamentary Under-Secretary of State for Foreign and Commonwealth Affairs Mr Mark Simmonds placed a statement before Parliament in which the Foreign & Commonwealth Office had announced that the ASIS Standard PSC1-2012 would be the applicable standard for UK private security companies working in complex environments overseas.

Mike Hurst Vice Chairman – Strategy of the ASIS UK Chapter (which will celebrate its 20th anniversary in 2013) is delighted that the HMG will be adopting the ASIS PSC 1-2012 standard for the regulation of private security companies operating overseas. “It is a credit to the hard work ASIS members, internationally and in the UK, has put into this piece of work and will help to regulate security activities in some very difficult environments.” 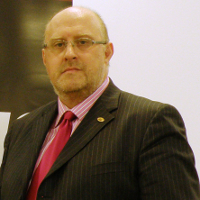 Mark Simmons wrote:“The Government aims to raise the global standards of private security companies (PSCs) working in complex and high risk environments overseas. To this end, we have been working closely with interested partners, including industry and civil society, to establish a voluntary, independently audited and internationally recognised regulatory system that is practicable, effective and affordable. Certification to professional standards is the next step towards effective voluntary regulation. First the Government endorsed the Montreux Document in 2008, in which States commit to observe existing international legal obligations relevant to the operations of PSCs in areas of armed conflict. Secondly, in 2010, an International Code of Conduct for Private Security Service Providers (ICOC) was created. This provides a set of principles to guide companies. The ICOC has now been signed by over 500 PSCs, around a third of them British. We have reviewed options on setting new professional standards to make the Code effective. We now intend to issue an HMG publication specifying that ASIS PSC 1-2012 is the applicable standard for UK-based PSCs working in complex environments on land overseas. I will place a copy of the publication in the libraries of both Houses. Companies, independent auditors and the UK Accreditation Service (UKAS) will then take the further steps to enable auditing against these standards to begin.
“The ICOC mandated the development of auditable standards to ensure that signatory companies are implementing their commitments under the code. In response to this requirement, the international security trade association, ASIS, was funded by the Department of Defense to develop the standard – ‘PSC1’ – for the regulation of private security companies operating on land in complex environments overseas. This standard was drafted in a multinational and multi-stakeholder forum in which UK Government, UK industry and UK civil society fully participated. It was published in March 2012 as an approved American National Standard and is the only standard currently available for companies operating in this field. PSCs seeking certification in the UK to this new standard will have to be audited by independent third party auditors accredited by the UK Accreditation Service (UKAS). Our trade association partners, the Security in ComplexEnvironments Group (SCEG), will, in consultation with Government, develop guidance to help British PSCs meet the requirements of the new standards.
Our ambition is to have a single, internationally agreed standard and we therefore welcome the fact that PSC1 was recently submitted to the International Standards Organisation (ISO) to be considered for adoption as an international standard for PSCs working in complex environments. This process may take some time. We will review the need for a separate HMG publication of this standard once the ISO process has been completed.

“We are also working with other States, industry and civil society internationally to ensure that there should be globally recognised standards and that UK companies are not unfairly disadvantaged by raising their standards. We expect that the ICOC governing board, when established, will advise that certification to the PSC 1 standard by suitably accredited independent auditors will meet the Code’s requirements for PSCs to have auditable professional standards. We are still consulting with industry and civil society partners on what additional steps PSCs might need to take to obtain full certification by the ICOC that they are meeting the Code’s principles but I can confirm that there will be no need for PSCs to go through duplicate auditing procedures to become certified. The ICOC was drafted with land-based PSCs in mind. However, since 2010 there has been a rapid rise in the number of PSCs working on anti-piracy operations at sea. Although many of the principles relating to PSCs working on land and at sea are similar, there are important legal and practical differences. The Government is therefore also contributing to an international drafting process under the ISO for an equivalent professional standard for PSCs working in the maritime sector. A draft maritime standard was introduced at the International Maritime Organisation (IMO) in late November. If and when this standard is adopted, UKAS will start the process of accrediting suitably qualified independent third party auditors to certify UK-based maritime PSCs under it.
Clarity on the standards against which PSCs should be audited is an important step forward in the drive to raise standards in this industry through voluntary action, but independently audited. It is also a practical illustration of the Government’s commitment to human rights and to working with business and civil society to find effective ways to implement our commitments even in the most challenging environments.”