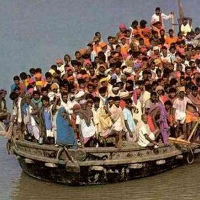 An international people-smuggling ring, bringing illegal migrants from the Philippines to France and other European countries, was dismantled by French police authorities on Monday, with the support of Europol and Eurojust.

The network smuggled migrants by plane from the Philippines to mainly Denmark and France, using fraudulently obtained Schengen visas. Migrants had to pay up to 10 000 euros to be smuggled to Europe. It is estimated that the organisers earned close to 10 million euros through this profitable illegal business.

This French case was linked to several arrests made in Denmark at the end of 2011. Eurojust and Europol supported the investigation with intelligence analysis and assisted with the establishment of a Joint Investigation Team (JIT) between France and Denmark to dismantle the entire networks’ activities.

[1] Investigative Unit of Roissy Border Police (BMR) and the Regional Intervention Group (GIR) under the direction of an investigating judge from Bobigny.