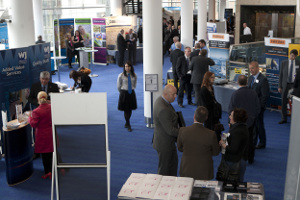 A free of charge conference and exhibition is being held in Manchester this April, to help companies based in the North West understand the impact of the forthcoming Olympic Games.

Organised by the British Security Industry Association (BSIA) in partnership with Greater Manchester Police, the event, entitled Manchester 2012: Going For Gold, will take place on Wednesday 18th April 2012 at The Bridgewater Hall, Manchester.

Free to attend for delegates, the event is aimed at providing advice and guidance to any local businesses that may be affected by the Olympic Games.

The arrival of the Games will have a significant impact not just in London but in over 30 live sites across the country, with 37 competition venues across the UK. Alongside the Olympic and Paralympic Games, the summer of 2012 will also see a range of other celebrations, not least the Queen’s Diamond Jubilee.

Event organiser, Christine Brooks of the BSIA, commented: “This one-day security-focused event is aimed at providing businesses with the latest information and guidance on planning for the impact of Games time. Many businesses operate near Olympic venues, or will have their operations and supply chain affected by road disruptions. This event will prove invaluable in helping such businesses make robust plans for dealing with the challenges of next summer’s events.”

Delegates will be treated to an exclusive insight from across the Police and security sectors, with presentations on a range of topics including terrorist threat, the role of the Greater Manchester Police, and how businesses will be affected.

The event will be formally opened by ACC Garry Shewan of Greater Manchester Police, and confirmed speakers for the seminar programme include:

Advice and guidance will also be on hand from a range of exhibitors, including security consultants, service providers and manufacturers, who will be showcasing the latest products and services available to help businesses tackle crime. A buffet lunch is also provided courtesy of the exhibitors.

To book your free delegate place, go online at:

http://www.surveymonkey.com/s/manchester2012bookingform or contact the BSIA’s Christine Brooks on 0845 389 0743 or by email at

To find out more about all BSIA events, visit www.bsia.co.uk/events