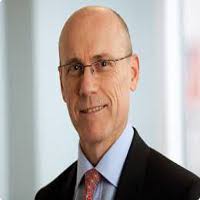 G4S the world’s largest security solutions group, which specialises in business outsourcing bounced back into profit in 2014, posting a pre-tax profit of £14.8m  for 2014, compared to a loss of £190m a year in 2013. The share price moved upwards by 10.3% at the time of going to press, writes Infologue.com publisher, Bobby Logue.

Commenting on the 2014 results, G4S Chief Executive Officer Ashley Almanza said, “The group made good progress with its strategic plan, delivering commercial, operational and financial progress during 2014. This is reflected in a 1.48% increase in underlying PBITA and a 11.7% increase in underlying earnings and a 25% increase in cash flow from the group’s operating businesses. The group’s progress and prospects are reflected in the board’s recommendation to increase the final dividend by 5%. There remains much to be done to realise the full potential of our strategy and we expect to make further progress in 2015.”

Financial highlights on an underlying basis:

G4S is the world’s leading security solutions group, which specialises in outsourcing of business processes in sectors where security and safety risks are considered a strategic threat. G4S is the largest employer quoted on the London Stock Exchange and has a secondary stock exchange listing in Copenhagen.  G4S has operations in more than 125 countries and more than 635,000 employees.  For more information on G4S, visit www.g4s.com.