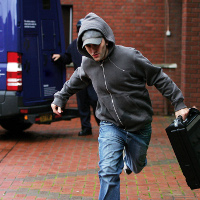 The continued partnership between government, the security industry and its customers has led to a 39% decrease in the number of attacks on cash-in-transit couriers in the past year, the latest British Security Industry Association statistics have revealed.

Statistics published this month by the BSIA’s cash-in-transit intelligence service, SaferCash, show a marked downturn in the number of attacks, from 751 in 2010 to 460 in 2011.

However, with criminals’ modus operandi constantly evolving, the industry, Government and Police must continue to work together to remain one step ahead of the criminal in order to protect more cash-in-transit couriers from falling victim to such brutal attacks. Support from the judiciary is also an essential part of this work, and in 2011, approximately 950 years of custodial sentences were handed down for cash-in-transit offences dating back as far as 2009, with 19 offenders receiving sentences in excess of ten years.

Removing these criminals from the streets is helping to improve safety in the wider community, says Ashley Bailey, Chairman of the BSIA’s Cash and Valuables in Transit (CVIT) Section. Ashley adds: “Joint research commissioned by the BSIA and the Home Office has shown that in many cases, cash-in-transit offenders can be linked to a wide range of other crimes, from car key burglary to drug offences and even murder. Through the successful partnership working of the security industry, the government and police, these offenders that threaten the safety of communities across the country are now in jail.”

James Kelly, Chief Executive of the BSIA, comments: “Following the record-breaking success of 2010, which saw the fastest decrease in cash-in-transit crimes for a decade, I am delighted to see that 2011 has continued this positive trend, with the number of attacks again at a ten-year low. Such a consistent level of achievement is testament to the joint efforts of industry, government and the Police in tackling this serious and violent crime.”

In actual fact, these relative successes are the result of ten years’ worth of effort on behalf of all involved.  In 2001, Operation Hawkeye represented the start of the intelligence gathering approach and was the fore-runner of SaferCash. At that time, the industry felt that an average of ten cash-in-transit attacks a week was unacceptable, and these figures only continued to rise, fuelling the industry and government’s determination to tackle this growing problem over recent years. While there has undoubtedly been a considerable fall in attacks in 2011, it is important to acknowledge that the achievements made so far have only served to take us back to the same situation we faced ten years ago.

However, with more stakeholders coming on board, the partnership approach is set to continue going from strength to strength. James Kelly concludes: “Customers, including banks, petrol stations and supermarkets, have also made a significant investment in best practice to help reduce the number of attacks on their premises, and their support also will remain invaluable as we look towards improving these statistics even further in the coming years.”

For more information on the BSIA’s Cash and Valuables in Transit section and its SaferCash service, visit www.bsia.co.uk/cash-and-valuables-in-transit