Speaking at the RUSI Olympic Security conference Home Secretary Theresa May said the police will be the “lead agency” in charge of Olympic security. The police will be working with LOCOG, the fire and ambulance service and the private security industry. Theresa May continued:

“The 2012 London olympic and paralympic games will be the greatest sporting event in British history – an event of which the whole nation can be proud. This summer we will welcome athletes from around the world to our shores. 10,500 olympic athletes from 205 national olympic committees and 4,200 paralympic athletes from 170 national paralympic committees will come to Britain. The busiest competition day will attract 800,000 spectators to the various olympic events. Millions of lucky fans will get to see the games in person. Around the globe, the TV audience will number four billion. And it is our aim to host a games and to hold a celebration that captures the imagination of the world.”

“As Home Secretary, I am ready to take on the challenge of delivering a safe and secure games. Security planning began even before we won the bid in 2005. It has been going on ever since. Our aim is to deliver a safe and secure London 2012 games, that upholds olympic values and the olympic ethos. That means we need a security approach that is robust but seamless; visible but not intrusive; tough but intelligent. And that is what we will deliver. Our security plans are well-developed and our security operation is on track. I know the international olympic committee shares that judgement. Today I want to tell you about our security operation so that you too can have the same reassurance that the games will be, not only an amazing spectacle, but also a safe one.”

“Like all western countries, the UK faces a number of ongoing threats to our national security. We have taken all of them into account in our planning. We know we face a real and enduring threat from terrorism and we know that the games – as an iconic event – will represent a target for terrorist groups. Our olympic security plans have been developed against an assumption that the terrorist threat level at the time of the games will be severe. The terrorist threat has developed and evolved over the past few years. That is why our security plans compliment and draw on the capabilities and expertise developed through our world-leading counter-terrorism strategy, CONTEST. But importantly, we have specifically designed in the ability to be flexible and we have kept everything under regular review. That flexibility will be crucial at games time. It will allow us to respond rapidly and effectively to any unforeseen developments. The police will be the lead agency in charge of olympic security. They know how to keep the streets of Britain safe better than anyone else. But our overall approach to security is that this will be a joint effort.”

“The police will be working with their colleagues from LOCOG – the london organising committee – the fire and ambulance service, and the private security industry to deliver a safe and secure games. And the police will be drawing on the important capabilities that the military can provide. An inter-departmental security group, which I chair, has been established to ensure that all of the different organisations involved are working seamlessly together and that their plans are all aligned. And I’m sure that throughout this conference you will hear from all of the agencies involved about how closely together they are working.”

“There are now just over six months to the opening ceremony for the olympic games on 27th July. But our security operation does not start with the opening ceremony. It begins with the olympic torch relay, starting at Lands End in Cornwall on the 19th of May, with a dedicated team of police officers trained and ready to run alongside the torch for the entire 70 days it is on the road. The torch will be carried by 8,000 torch bearers who will carry the torch through more than 1,000 cities, towns and villages across the UK. That just shows that this will be a nationwide event, not just a London Games.”

“Most events will take place in the newly constructed Olympic Park in East London, one of the largest urban parks created in Europe for 150 years.” 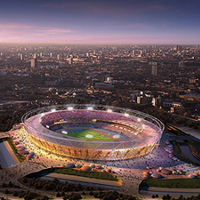 “If you’ve visited the olympic park, as I have several times, you will know just how impressive it is.”

“There’s sailing in Dorset; rowing in Buckinghamshire, near to my constituency. There’s canoe slalom in Hertfordshire; mountain biking in Essex; road cycling in Surrey and paralympic road cycling at Brands Hatch in Kent. And there will be olympic football matches taking place in Coventry, Glasgow, Cardiff, Manchester, Newcastle and Wembley.” “The sheer size and scale of the games shows how complex managing security is. It is an unprecedented challenged. But we start from a position of strength.”

“Our police service is admired and emulated around the world. Our counter-terrorism strategy is widely studied and copied. Our security and intelligence agencies are recognised as amongst the best in the business. And our track record of hosting major events – from state visits, to music festivals and from premier league football matches, to Royal weddings is unparalleled – in fact, it’s one of the reasons we won the bid.”

“Building on that excellent existing capacity, we’ve made specific security investments to respond to the specific security challenge of the olympics. Over 95 per cent of construction at the olympic park has now been completed on time and on budget. That includes the security side. High levels of protective security have been put in place at the olympic park, and security has been designed and built into the venues, making them safer both at games time and when they are used after the games. We’ve already upgraded and enhanced the capability of police control rooms at Lambeth and Hendon. We’ve expanded the capacity of the airwave emergency services radio system. And we have now opened the olympic clearing house, which I visited last week. In that excellent facility, I saw the screening and background checking process that will be used to check more than 380,000 applicants for accreditation to the games. Added to these important investments, we have also opened two new security and intelligence coordination facilities.”

“The police led multi-agency National olympic coordination centre is now up and running. Led by assistant commissioner Chris Allison, this unique facility will have a national overview of how the olympic security operation is working. And we have also put in place a specific intelligence capability in advance of the games to allow us to identify and disrupt threat. The olympic intelligence centre is now producing and disseminating national olympic threat assessments on areas like crime and terrorism for use by our police, intelligence agencies and by security liaison officers from the different countries attending the games. And there will be other issues to face during the games, including public disorder and serious organised crime.”

“A strong possibility is the threat from cyber crime and cyber security. We are aware of the threat from so called ‘hacktivist’ groups. These groups may attempt to target the games and may also attack the websites of high-profile sponsors associated with the games. We already have our own robust plans in place to deal with a cyber attack against games systems. And we are now also working with industry to strengthen their ability to defend themselves from cyber attacks.”

“The police are also working against cyber criminals, with a dedicated police operation against those who would seek to illegally profit from the games. That operation has already made nearly one hundred arrests of organised criminals and work continues behind the scenes. We are also helping the police and LOCOG to deal with the other emerging threats that have faced the Home Office in recent months, such as encampment protests. So we have recently clarified and strengthened our policy on encampment style protests inside olympic venues.”

“Our approach to such protests will now be based on three aspects:

“I have explained this new policy to LOCOG, as the event hosts for the olympics. Its success will depend on LOCOG adding tents and related equipment to the list of items prohibited from being brought into games venues – I trust they will now do so. I have also stressed to the police that they must act swiftly in support of LOCOG should they receive a complaint. Alongside preparing plans, designing systems, building structures and training people we also need to ensure that our plans are sound, that systems work, that buildings are suitable, and that everyone with a role knows precisely what they are doing during the games. Every police force’s individual operational plans have now been independently scrutinized by Her Majesty’s Inspectorate of Constabulary and assessed through a series of peer reviews. And we have a comprehensive testing and exercising programme to ensure that absolutely everything runs smoothly come games time. Last week, officers from the Metropolitan Police’s marine policing unit and the Royal Marines carried out joint exercises on the Thames. Speedboats, helicopters and armed officers operating on London’s iconic waterway are a very visible example of the olympic exercise programme. Behind the scenes, the testing and exercise programme is even more impressive. It ranges from simulated incidents to ‘live play’ with police officers and other emergency services, with the blue lights on and sirens blaring, as they would during a real incident. Several large exercises have already taken place involving thousands of participants acting in the role they would actually play during the games. These exercises test all aspects of planning, including resilience and decision-making. All of these exercises are aimed at testing our plans and learning the lessons. Where things go well, we will build on that success. Where things go wrong, we will correct the mistakes. We will develop and improve.”

“The games time security operation will be the UK’s largest ever peace time logistical operation. It will involve hundreds of thousands of police officer deployments across the country at 36 competition venues. Alongside those officers will be 23,700 LOCOG venue security personnel. And the armed forces will also be on standby to support the civilian authorities should they need it. In particular, they will provide certain specialised capabilities such as bomb disposal, maritime support and enhanced air security over London. The overall security operation will be active 24 hours a day, 7 days a week from before the torch relay enters London in July, right through to after the paralympics closing ceremony in September. It is because of this unprecedented challenge that we have undertaken such thorough planning, have made such significant investments and will carry out such extensive testing and exercising. We must now grasp the opportunity that 2012 represents to show the whole world all that is great about Great Britain. We will rise to the challenge.”