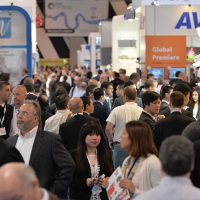 Lord Harris has previously represented the Home Secretary in overseeing the Metropolitan Police’s counter-terror work. Subsequently a member of the Police Counter Terrorism Board, he has a keen interest in policing, cybersecurity and counter-terror.

Pickett, who joined the NBA last month as executive vice president and chief security officer, is an expert in crisis management, cyber investigations, and critical infrastructure protection. He is currently also vice chair for the Commercial Facilities Sector Coordinating Council at the Department of Homeland Security, Office of Infrastructure Protection.

Both in global reach – with 12 countries represented – and stature, it’s as impressive as any influencers judging panel yet.

A new category is being introduced for 2019: ‘One to watch’, which spotlights security professionals who’ve made a big impact in a relatively short career.

Grant Lecky commented: “We have a whole new panel of distinguished judges for 2019 from across the globe, and just like last year, these judges have been appointed based on a combination of strong recommendations from across the security and fire industries, and are, of course, award winners themselves in their respective fields within our shared industry.

“Many of the judges have themselves appeared among IFSEC’s influencers in previous years and with the new category, ‘One to Watch’, being introduced, these judges could hardly be better positioned to identify the current and future generations of influencers coming through.”

Lecky himself featured among the IFSEC Global influencers in security and fire in 2014 and 2017, has featured on the Canadian Who’s Who and, most recently, won the Bill Zalud Memorial Award for professional excellent/outstanding service in the security profession.

The judging panel for IFSEC Global influencers in security and fire 2019:

Nominations for The IFSEC Global influencers in security and fire 2019 can be submitted here:

The 2019 influencers will be announced in the IFSEC Security Briefing (which you can register for here) in the early part of May 2019.

You can network with some of the influencers during a meet-and-greet session at IFSEC International, 18-20 June 2019, ExCeL London, in the ASIS Lounge – date and time to be confirmed.