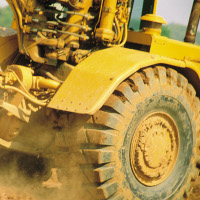 In the UK, stolen equipment such as plant and construction machinery is increasingly being caught up in the wider web of organised crime, being used as a means to break into buildings to commit robberies, or to rip ATM machines straight from the walls of banks and supermarkets, often under cover of darkness. For this reason, the BSIA’s Cash and Valuables in Transit (CVIT) section has been working hard to reduce the threat and impact of such incidents, highlighting the risks to the retail and banking sectors as well as undertaking activity to increase awareness on the importance of ensuring that construction machinery is more difficult to steal, and, if it does go missing, is easier to trace and return.

Ashley Bailey, Chairman of the BSIA’s CVIT section, comments on the issue: “Attacks to premises and ATM machines with the use of construction machinery result in the loss of hundreds of thousands of pounds at a time, without forgetting the costs associated with repairing the damage caused to buildings, as well as replacing the cash machines and the stolen vehicles themselves.”

“Therefore, to avoid such incidents and the associated costs, security must start with the protection of the machinery itself, for example by ensuring adequate perimeter protection is in place, with the use of sturdy fences and gates, as well as CCTV cameras to monitor the area and provide post-incident evidence” adds Ashley. “Of course, basic precautions such as ensuring that gates are closed and that keys are not left in the ignition of unattended vehicles at any time may seem obvious, but could also go a long way towards reducing the incidence of such crimes.” 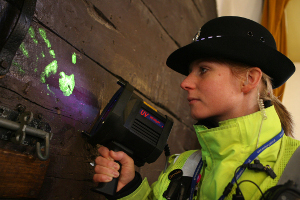 “Finally,” concludes Ashley, “making costly machinery easily identifiable is a crucial part of the process. One of the most cost-effective ways of achieving this is through forensic property marking, by using unique taggants, invisible to the naked eye, to mark all valuable items held on site, allowing them to be traced back to their original owner after being stolen and recovered.”

For more information about how to effectively protect your valuable machinery from being stolen or unlawfully used to carry out criminal activities, log on to our BSIA’s website, where you will find details of how to make use of property marking, CCTV, physical security equipment and more www.bsia.co.uk.