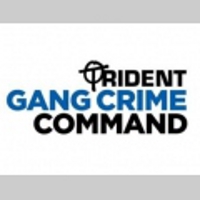 Dozens of suspected gang members are being targeted today (Wednesday 8 February) in a series of coordinated operations which marks the start of a major new crack down on gang crime by the Metropolitan Police Service.

Today’s significant operation, which is being spearheaded by a newly formed Trident Gang Crime Command, sees the beginning of a step change in how the MPS tackles gang crime in the capital and forms a key part of the Met Commissioner’s total war on crime.

Hundreds of police officers will be taking part in today’s operation which sees suspected gang members being pursued for a series of crimes, including assault, robbery and drugs supply in a refreshed approach to help stop young people getting killed or seriously injured.

One thousand officers will now be dedicated to tackling gang crime in London with the creation of a central Trident Gang Crime Command as well as the introduction of local task forces across London. The new command will retain responsibility for the prevention and investigation of shootings, but will now work more closely with boroughs to proactively tackle gang crime.

The new command will be enhanced with additional specialist resources from the MPS, including Operation Connect and the Serious and Organised Crime Command (SCD7). It will take responsibility for real time monitoring of gang activity across London and work with new ‘Grip and Pace’ centres to coordinate and task corporate resources, both overt and covert, quickly at the relevant places.

19 priority boroughs will have dedicated gang crime task forces to deal with local gang crime, and will work with their partners to implement diversion and prevention activities. Other boroughs and specialist commands will also be required to have more of a focus on gang crime.

The new approach builds on the good work already seen in the MPS and ensures all the expertise and skills in the service are brought together and used in a more targeted and effective way. It will see better and more consistent use of intelligence to identify and prioritise the most harmful gangs and gang members, while spotting young people on the periphery who can be referred to other agencies for help in keeping away from crime.

MPS Commissioner Bernard Hogan-Howe said: “This is a step change in how we tackle gang crime in London. It will allow us to identify and relentlessly pursue the most harmful gangs and gang members. It will help us identify young people on the periphery of gangs and work with partners to divert them away.

“Although we are now nearly doubling the number of officers dedicated to tackling gang crime, the police can not do this alone. It is vital we work with the public, local authorities, charities and other agencies to prevent young people from joining gangs in the first place.”

According to MPS intelligence systems there are an estimated 250 active criminal gangs in London, comprising of about 4,800 people. Of these gangs 62 are considered as high harm and commit two thirds of all gang-related crime.

The gangs range from organised criminal networks involved in Class A drugs supply and firearms, to street-based gangs involved in violence and personal robbery. This relatively small number of people is responsible for approximately 22% of serious violence, 17% of robbery, 50% of shootings and 14% of rape in London.

Gangs exist in and around all parts of the capital but are more prevalent in about 19 London boroughs. They are made up of mainly young people, aged between 18 and 24 years, but officers have seen even younger children involved in or on the periphery of gangs.

Commissioner Hogan-Howe added: “The vast majority of young people in London are law-abiding, good citizens who make a positive contribution to our communities. However, there are still too many young people who are, or could get involved in gangs.

“We want to prevent young people getting involved in gang offending so we and other agencies are offering ways out to support young people. However, those who refuse our offer of help will be pursued and brought to justice.

“Getting involved in gangs can ruin a young person’s life. With a criminal record it can be harder to get a job or into further education, while being involved in violence can lead to getting arrested, sent to prison, seriously injured or even killed.

“We’re not concerned with peer groups or just friends who may ‘hang around’ and we have no intention of criminalising an entire generation. Our focus is on violence and criminal behaviour associated with gangs and gang members.”

DCS Stuart Cundy, OCU Commander for the new Trident Gang Crime Command added: “Since its launch in 2000 Trident has developed its expertise in combating shootings in London, and in recent years Trident has become more and more focused on tackling gangs across London.

“Today sees the Met building on the proven successes of Trident and other units. This new approach is a significant change for Trident as it now leads the Met’s response to gang crime, but rest assured Trident will remain focused on preventing and investigating all shootings in London, regardless of the victim’s or perpetrator’s background.

“Trident was launched with a strong community partnership. I intend to reduce gang crime and improve community support for what we do and what we want to achieve, namely protecting some of our most vulnerable victims and communities in London.”

Later today in a massive show of strength the Commissioner and Mayor of London Boris Johnson will be joined by dozens of police officers, community workers, council leaders and relatives of people killed in gang crime as they take part in a team photograph in a public demonstration against gang crime in London.

Ingrid Adams, mother of Negus McClean who was murdered last year is attending today’s event in Trafalgar Square. She pledged her support to the Met’s renewed approach and said: “I go to bed thinking of Negus and wake up thinking about him. I will always remember his smile. Even if a child isn’t in a gang they probably know someone who is in a gang or is affiliated with a gang.

“The police need to start with children very early. When I was growing up the police used to come into my school. You have to start young and talk to them to gain their trust. I know there is a problem with so called snitching and loyalties. But keeping quiet isn’t helping the problem.

Mayor of London Boris Johnson said: “We’ve been attacking gangs from all angles. Now the Met has a concerted and determined push to take out the ring-leaders and tempt impressionable youngsters away from this destructive life. I made it clear when appointing a new Met Police Commissioner that this was the top crime priority for our city, a view shared by Bernard Hogan-Howe.

“This is gang crime being tackled head on.”

Claudia Webbe, joint chair of the Trident independent advisory group (IAG) said: “With community support it has taken Trident over ten years to develop its current specialism in the prevention and investigation of gun related murders and shootings in London.

“In seeking to expand the remit and success of Trident to reduce gang violence we are reassured that the MPS will avoid the oversimplification of the term ‘gang’, and will work with partners to protect some of the most vulnerable sections of London’s communities.

“Building community trust and confidence is an important part of Trident’s success in bringing offenders to justice, and we, the Trident Independent Advisory Group look forward to continued work with the MPS towards effective community engagement and support of Trident.”

Commissioner Hogan-Howe added: “My commitment is to reduce gang-related crime in London to help keep communities safe. We’ll do this by taking tough action against gang members and working with others to divert young people away from this destructive path.”

To tackle gang crime effectively we need the assistance of London’s communities – it is only with their help that we can bring offenders to justice and protect young people.

If you have any information about gang crime or those involved call Crimestoppers – an independent charity – anonymously on 0800 555111. In an emergency always dial 999.