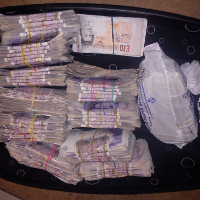 Over 900 police officers are busy working across London today tackling financial crime against businesses and the public as part of the latest operation in the MPS’s Total War on Crime.

Launched today, Operation Stimtone is the largest day of action the MPS has ever put together focussing on economic crime. Over 300 separate operations are scheduled throughout the day to target those involved in money laundering, identity fraud, handling stolen goods, conspiracy to defraud and those who target the vulnerable and elderly sections of our community.

People who steal from businesses or their employers are also on the MPS radar and can expect a visit from officers.

Economic crime costs businesses and the taxpayers of London tens of millions of pounds every year. We are all victims of this type of crime – either directly as victims of theft or fraud, or indirectly through higher prices in shops, higher insurance premiums and taxes to cover the cost of what is being stolen. It affects all law-abiding members of the public.

Operation Stimtone is about taking the profit out of crime and letting criminals know that, together with partners, the MPS will pursue them to recover their criminal gains.

In the last 12 months alone the MPS seized over £15 million in cash from criminals on over 1,500 occasions. They have successfully obtained proceeds of crime restraint orders to stop criminals from hiding or disposing of assets worth in excess of £61 million. Following successful convictions, secured confiscation orders from courts have also totalled in excess of £28 million; these are orders saying that criminals have to give up monies and assets gained through their crimes.

Today’s ambitious operation will be taking place in each one of London’s 32 boroughs. Over 900 of our officers will be busy:

You can follow the key results on Twitter @metpoliceuk. The hash tag throughout the day will be #bigwing.

We mean business about crimes against businesses and as part of our Total War on Crime we are determined to make sure crime does not pay but criminals do.

Commander Allan Gibson is leading today’s operation, he said: “Economic crime is not a victimless crime. It affects all of us as law abiding members of the public. We ultimately end up paying the price for crimes against businesses through increased taxes, insurance premiums and the price of goods.

“This is why today over 900 officers will be busy working across all 32 London boroughs seeking to seize the proceeds of crime and work to take criminal property back.

“We are determined to make sure crime does not pay but criminals do. We want to show communities criminals who comfortably live off the proceeds of their crimes are being brought to justice. Working together we are stronger and we can get the better of criminals.”

Over the last few years there has been a massive growth in online business. Many people routinely order products over the internet. As technology has advanced, criminals have found new ways to steal and get their hands on expensive goods. The MPS will be working closely with the British Retail Consortium today and beyond to catch and arrest people who hijack online shopping accounts for their own gain.

British Retail Consortium Director General, Stephen Robertson, said: “Online retail sales were worth £27 billion last year and currently growing at over 10 per cent a year. This is a vital area for the UK economy and crime must not be allowed to undermine that by damaging customers’ confidence in internet shopping or by adding to retailers’ costs.

“Retailers themselves spend hundreds of millions of pounds on crime prevention. Offenders who target retail are likely to be involved in other offences. So retailers have a wealth of valuable intelligence that the police can use to tackle crime that affects communities well beyond retail.

“We’re delighted to be working closely with the Metropolitan Police, to provide essential evidence ensuring that those involved in crimes against the retail sector and the wider communities are apprehended.”

If you have any information on people or individuals who are running scams or making money through any criminal activity please call 101 to speak to a police operator or alternatively call Crimestoppers anonymously on 0800 555 111.