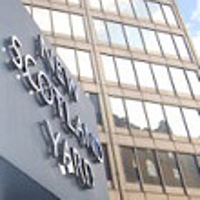 The Metropolitan Police Service (MPS) has supported the work of the Riots Communities and Victims Panel including providing interviews with officers involved in the policing of the disorder and MPS review of it.

The Panel has made a number of findings and recommendations – some of which relate to the police. The MPS response to these is:

The scale of the disorder in August was unprecedented in London and nationally. In light of this the police faced exceptional challenges. In order to ensure the police response is fit to respond to any such situation in the future the MPS has been conducting a thorough review of our emergency plans, including implementing changes for faster deployment of larger numbers of officers.

It is understandable that some people feel police abandoned them. We have already accepted that we did not have enough officers available quickly enough to prevent the disorder spreading in London, however the MPS did everything it could with the resources available to prioritise protecting life. The MPS review has established that resources were deployed proportionately across London and intelligence was acted upon wherever possible – where resources allowed. In most places disorder started in commercial districts therefore police responded accordingly. There was no conscious decision to protect commercial property over individuals or residential areas. Where resources allowed it, robust action was taken during the disorder – including 450 arrests over the three nights.

Stop and search can be a highly effective and essential tool and it has generated significant success in the battle against knife crime, however the Commissioner has already said that he wants the MPS to be more intelligent and effective in how it uses it. The MPS wants all officers who conduct stop and search to do so professionally, objectively and with courtesy. Bespoke training packages are being developed for officers and we are seeking to improve our communication about stop and search so that the public are fully informed of their rights. Senior officers are being held to account on how they manage and use stop and search locally through intrusive performance meetings and borough visits. This is overlaid with external independent monitoring processes that range from Full MPA Authority meetings to local community monitoring groups.

The MPS support the Panel’s recommendation to review the Riot Damages Act. The current procedure is complicated for claimants, and the enormity of the claims (the MPS is working with the MPA to process 4,500 claims, involving 80,000 documents) has meant it has been difficult to finalise individual claims quickly. This has had a massive impact on victims’ abilities to re-build their lives and we would support anything that speeds up this process.

The MPS will liaise with London Resilience Forum and local authorities to consider how residents and bystanders caught up in riot areas could be better evacuated / assisted should the situation be required.

The MPS believe that victims should be supported in the criminal justice process and will work with the Government regarding any plans they develop in response to the recommendation about restorative justice for the victims affected.

The MPS has already publicly said that had there been more officers available, more quickly then there is a possibility that the disorder wouldn’t have spread from Tottenham to other parts of London. We are doing everything we can to learn from the summer’s events. However, this should not take away from the bravery and courageousness of the thousands of officers who, as the Panel acknowledge, put themselves in danger to try to protect Londoners. The MPS is immensely proud of its officers and would also like to thank the many communities who also recognised this with the overwhelming support they showed officers in August.