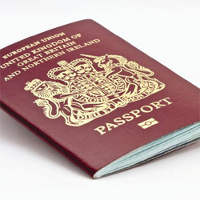 Radical reforms to the immigration system are starting to take effect, the most recent quarterly Office for National Statistics (to September 2011) and Home Office (to March 2012) migration figures show.

The Home Office statistics also released today show more up to date figures and reveal significant reductions in the number of visas issued. These figures show that the reforms introduced by the government are starting to bite.

Immigration Minister Damian Green said: ‘Our tough new rules are now making a real difference with a record 62 per cent drop in student visas in the first quarter of 2012, and overall falls in work visas, family numbers and people settling.

‘As these policies start to bite we are seeing an end to the years when net migration was consistently on the rise. But the hangover from the old system of weak controls means it is still too high and we will continue our programme of reforms to bring net migration down from the hundreds of thousands to the tens of thousands.’