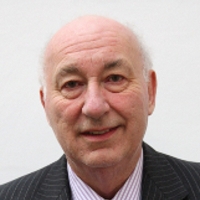 Described as “A man in a Million” by the Mayor of Walsall when presenting the Rt. Hon. Bruce George in 2011 with the silver casket and scroll marking his being granted the Honorary Freedom of the City of Walsall in recognition of serving 36 years at its Member of Parliament, the International Professional Security Association expresses similar sentiments and is pleased to announce that Bruce George has been appointed Honorary President of the Association.

Born in Glamorgan in 1942, he graduated from the University of Wales and pursued post graduate studies at Warwick University gaining a Masters degree in Comparative Politics.  Thereafter he held lecturer and senior lecturer posts at various Polytechnics until elected to Parliament as a Labour Party candidate to represent Walsall South in 1974.

Pursuing jointly his interests in security and defence, he became a formidable parliamentary representative serving on inter-parliamentary committees and organisations over the next three decades.   These included membership of the House of Commons Defence Select Committee from 1979 and serving as its Chairman from 1997 to 2005.

Aside from becoming the outstanding parliamentary champion of the movement for regulation of the security industry he has been a regular contributing writer to academic journals, published several books on defence and related matters, and is a regular speaker on European defence and security issues.

Since standing down from Parliament in 2010 he has continued to work as a Visiting Professor at Portsmouth University’s Institute of Criminal Justice Studies, travelled widely as an election monitor and nearer home is also Vice President of The Security Institute.

“As many of you know, Bruce has been a tireless supporter of the private security industry for more years than he’s prepared to admit to.  He is a published author on security industry matters with many of writings being required reading on university degree courses. Since his retirement as an MP Bruce has remained a very vocal commentator on our industry and its regulatory provisions.  The Association is greatly honoured by his acceptance of the post of Honorary President and looks forward to working with him to enhance the influence and relevance of the Association in the industry today.

Accepting the appointment Bruce George said “I am delighted that I have been invited to join IPSA as its Honorary President and I do so with much enthusiasm as I have been a long term admirer of the consistent efforts made by the Association to raise standards and represent its members.  I am very much looking forward to working with the International Council as we contemplate further changes in the regulation of the industry in the months ahead.”