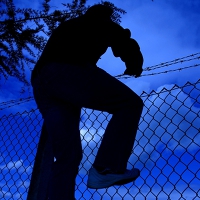 The price of heating oil has rocketed in recent months, leading to a worrying increase in oil theft, especially in rural areas of the UK. Members of the British Security Industry Association (BSIA) are helping to protect their customers against this worrying trend and are offering advice to those particularly at risk.

In a string of incidents affecting areas across the UK, including Lincolnshire, Worcestershire, Leicestershire, Yorkshire and Devon, thieves have targeted unsecured heating oil tanks to steal thousands of litres of fuel, which can then be sold on the black market. Around 1.3 million homes – many in remote, rural areas – depend on heating oil to get them through the winter, paying an average of £900 for 1000 litres of fuel.

Adrian Mealing, Chairman of the BSIA’s Security Equipment Manufacturers Section, comments: “Fuel prices have increased dramatically in recent months, and this, coupled with the arrival of colder winter weather, is making it more attractive to thieves.

“Isolated locations are particularly at risk, with commercial and domestic properties both affected. Security technology, however, can help combat this problem, with one innovative system in particular helping to alert owners to rapid decreases in fuel, or any tampering with the oil tank.”

BSIA member company, GB Security Group, has helped one of its customers, George Barnsdale & Sons, based in a small village in Lincolnshire, by installing an ‘Oil Defender’ system.

In the event of an attempted theft, a wireless signal is transmitted from the tank unit to a control unit, which is located in a nearby building. The tank unit also has a tamper sensor which will detect and warn immediately if either the inspection hatch is opened, or the level of fuel is reducing at a faster rate than normal.

The control unit is directly linked to the customer’s existing monitored alarm system, and upon receiving the wireless signal, the intruder alarm will sound. The system will also send a signal to an alarm receiving centre, where the operators will call keyholders and notify security staff.

Steve Dixon, Technical Director at George Barnsdale & Sons, commented: “We have worked with GB Security Group for many years, and we knew that, when faced with this new problem, they would be able to come up with a solution that would work for us and the complexities of our site.”

Domestic customers can also benefit from this technology, which is available from a number of BSIA member companies. To locate a supplier near you, visit www.bsia.co.uk/company-finder