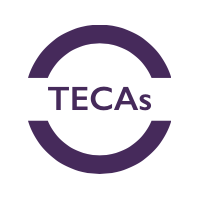 Economic Crime has a significant impact on the UK economy; with an estimated 3.24 million fraud offences taking place year ending March 2018 (Office of National Statistics 2018). The intention behind the newly-founded Tackling Economic Crime Awards (TECAs) being to reward and acknowledge those who make a significant contribution in driving out any area of Economic Crime. Such as fraud, money laundering, bribery and corruption.

The TECAs are independent – with all the leading associations and groups supporting the awards, which include:

The judges for the TECAs are nominated by these groups and include, City of London Police Commissioner Ian Dyson QPM; Katy Worobec, Managing Director at UK Finance; Professor Mark Button of the University of Portsmouth and many others – they mark to a strict ethics policy.

Professor Martin Gill founder of the TECAs commented: “The TECAs have been developed to be different; to be independent, ethical and to provide a level playing field. They focus on outstanding people, teams, initiatives and companies within the public, private and third sectors – committed to tackling any area of economic crime.”

Gill further added: “The judging process is rigorous and robust, and the esteemed panel of judges will review and score entries independently, ensuring that only the very best are selected as finalists and winners.”

The TECAs will be presented a prestigious awards dinner to be held in central London on Monday, 9th December 2019. The inaugural awards are sponsored by fraud technology provider Altia-ABM and COO, Rob Sinclair commented:

“We are proud to be associated with this initiative and delighted to be sponsoring the 2019 awards. Economic Crime has an impact on everyone, and those who have shown leadership and innovation to desist this area of crime deserve to be recognised for their achievements.”

Entry to the awards will open on 2nd April 2019 and anyone working in, or from the UK can enter – with nominations invited in fourteen categories.