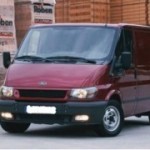 Almost 9,000 vehicles, with the Ford Transit being the most popular target, across the UK were stolen in just 36 days at the beginning of 2011, equating to one stolen every six minutes, writes Infologue.com Editor Bobby Logue. The statistics have been revealed ahead of AVCIS’ Car Crime Awareness Week, which takes place on 13-19 June 2011. The initiative aims to raise the public’s awareness of vehicle crime methods in order to drive down offences.

The trade in stolen high value vehicles was highlighted recently following the recovery of 18 high-value stolen vehicles from South Africa, the UK’s dedicated vehicle crime unit has announced that it has recovered vehicles valued in excess of £4 million during the past four months. During a raid at a UK port in December 2010, containers with 16 stolen vehicles destined for Durban were intercepted by AVCIS, allowing the vehicles to be returned to their owners. An ensuing investigation led to an additional 18 stolen cars being identified in South Africa, with AVCIS facilitating their recovery. The 36 vehicles recovered included models from prestige brands Audi, Lexus and Bentley, as well as Land Rover Discoveries.

It is not the high value vehicles that top the list of the ten most popular vehicles to be stolen in 2009, for the second year running, it is the wheels of choice for the white van man. “The rise in thefts of vans demonstrates their potential value in terms of spare parts, scrap metal and the prospect of stealing extra ‘booty’ within the contents of the van.” said Head of AVCIS, Detective Chief Inspector Mark Hooper. “Often, these stolen vehicles are dismantled quickly, so our advice to vehicle owners is to ensure that their security is as tight as possible.”

Regionally, you are even more likely to be a victim of car crime if you live in Chislehurst (Kent), Wingate (Durham) or Redbridge (Essex), which were named as the UK’s top three car crime hotspots in 2009.

The new data illustrates that 50 per cent of thefts were made when a vehicle was left at the owner’s home address or close by, including 17.6 per cent through the burglary of properties to obtain car keys. A third were stolen when vehicles were away from the home and four per cent of crimes during the 36 day sample were made by opportunist thieves, where keys were left in or within easy reach of the vehicle. Shockingly, this would mean that annually 3,400 thefts could be easily prevented through heightened awareness. These figures demonstrate that vehicle crime continues to be an issue across the UK said Detective Chief Inspector Mark Hooper, Head of AVCIS. “Criminals will use a variety of means to steal cars, from towing them away or simply driving them off when owners leave the keys in the ignition to burgling houses and sophisticated attacks on manufacturer’s security systems.

Our aim is to increase general awareness, including encouraging motorists to take simple precautions and advise manufacturers of criminals’ methods so they can continue to help drive down vehicle crime. In the lead up and during Car Crime Awareness Week AVCIS will release information on the current state of vehicle crime relating to freight vehicles, agricultural equipment, caravans and motorhomes, as well as to the general motorist.

*Statistics have been generated from the Police National Computer using keywords. Additional offences may have occurred and are not identified within this report.