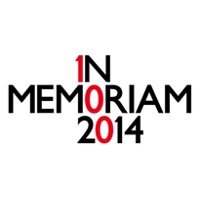 Newly released figures have revealed that thefts from the nation’s war memorials have fallen by around two thirds since the launch of an initiative to protect this key piece of the UK’s heritage.

In Memoriam 2014, a partnership between War Memorials Trust and the SmartWater Foundation, was launched in October 2011, when reports to the Trust of thefts from and of memorials were running at an average of three each week. In total the charity identified sixty cases of theft and vandalism attacks during 2011.

However, the latest update from War Memorials Trust shows a huge drop in the number of incidents of theft and vandalism reported to the Trust, with only 20 recorded so far in 2012.

In Memoriam 2014 is seeking to protect every war memorial in the UK from the threat of metal theft by encouraging custodians to register all commemorative sites and take up an offer to mark each one for free with SmartWater’s forensic marking kits. The project was established to commemorate the one hundred year anniversary of the start of World War I.

Both partners recognise the significant role the media has played in generating awareness of this important issue and are expressing their gratitude for that support. It is hoped that as knowledge of In Memoriam 2014 continues to grow it will reinforce the message that war memorial theft is not only totally unacceptable, but also that war memorials are no longer a soft target for thieves.

One aspect of the project that has been widely reported is the use of SmartWater forensic marking to increase the traceability of war memorials. The technology works by assigning bronze, copper and other metals with a chemically coded solution that can only be seen under UV light and is virtually impossible to remove. SmartWater allows the Police to prove if an item is stolen, therefore representing a heightened risk of prosecution to thieves and unscrupulous scrap dealers.

Thousands of caring custodians already spend considerable effort maintaining monuments throughout the UK and In Memoriam 2014 is repeating its call for more volunteers to come forward, unite under its banner, and join the effort to protect those memorials which risk being forgotten.

War Memorials Trust’s Director, Frances Moreton, said: “It has been encouraging to see increased public awareness of war memorials over the last 12 months, which has resulted in more visitors to War Memorials Trust’s website and an increase in our case load.  The peak in reported war memorial thefts in autumn 2011 has thankfully fallen during 2012 and the Trust hopes this continues.

“More and more people are realising that war memorials are not just relevant on 11th November but all year round. This is why In Memoriam 2014 is so important; it is an opportunity for communities to take action to protect their war memorials today and for the years ahead to ensure future generations can continue to pay their respects to the fallen.”

Phil Cleary, Director of the SmartWater Foundation, said: “We are hugely proud to be involved in the In Memoriam 2014 project and very pleased with these latest figures, demonstrating heightened interest and awareness. War memorials are focal points for commemoration and we will continue to do all we can to protect these important symbols of our heritage.”