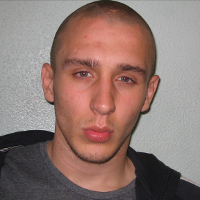 Donovan was also found guilty of theft and burgling Tesco in Highbridge Road, Barking on 8 August.

They will both be sentenced on 13 March.

Chief Superintendent Gary Buttercase, temporary Borough Commander at Barking and Dagenham, said: “I would like to commend Barking and Dagenham robbery squad for their tenacity, professionalism and detective ability in securing a conviction in this and the previous case of Beau Isagba.

“I have met Mr Rossli and he is a man of humility and dignity and a tremendous credit to his country and I am particularly pleased that we have managed to get justice for the appalling attack he suffered and the subsequent theft that has attracted derision from across the world.

“I would also like to thank the many witnesses in this case who have shown fantastic public spirit in coming forward and assisting my officers. I wish Mr Rossli an enjoyable stay in London for the rest of his studies and thank him for his co-operation in this matter.”

On 8 August at about 19.20hrs Mr Rossli and a friend were charged at by a group of around 100 individuals as they pushed their bicycles along Queens Road, Barking.

During the melee the pair were separated and the victim pushed off his bike before being assaulted by a number of suspects who then stole his bike.

A second group of suspects approached the victim and helped him up, before rifling through his rucksack.

The victim was later taken to the Royal London Hospital suffering multiple facial injuries, including a broken jaw.

On 11 August police arrested Donovan in connection with the incident where Mr Rossli was robbed by the group who pretended to help him. He was later charged as above.

Donovan was seen to open the victim’s bag and remove a mobile phone and Sony PSP before walking off.

He was also charged with the Tesco burglary as part of a group of between 20 and 30 hooded and scarved youths who attacked the store, causing extensive damage to windows and stealing thousands of pounds worth of goods. 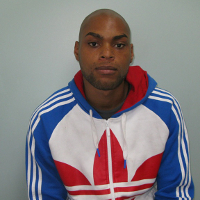 On 15 August Kafunda was arrested in connection with the incident involving Mr Rossli. He was later charged as above. He distracted the victim while Donovan robbed him.

On 3 September a 17-year-old youth was arrested for taking Mr Rossli’s bicycle and later appeared in court.

He was also found guilty of robbing Mr Rossli of his bicycle, two counts of burglary on 8 August of ‘SN food and wine’ and Betfred Totesport both on Ilford Lane, Ilford, and two counts of violent disorder (in Barking and in Ilford).