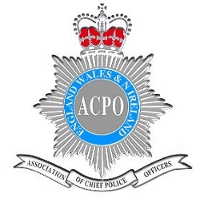 The UK team of 24 will be lead by the ACPO lead on football Assistant Chief Constable Andy Holt and will be made up of officers from 11 forces along with experts from the UK Football Policing Unit.

Authorities in the Ukraine and Poland will fund the contingent, which are being sent to support the local police operations to ensure a safe and trouble-free tournament.

The team will fly to the Ukraine and to Poland in time for England’s first game against France in Donetsk on June 11.

A team of 18 will remain in the Ukraine and a team of six will be deployed in Poland.

ACC Holt said: “The UK, over recent years, has developed a strong record of effective policing of football matches and our expertise in this area has been actively sought by other countries.

“Officers deployed to Poland and the Ukraine will be deployed in full uniform and in plain clothes and will act as supporter liaison officers, intelligence gatherers and ambassadors. These officers are experienced in policing football matches in the UK and will act as a direct link into the Ukraine and Polish police to help ensure that fans are policed both appropriately and proportionately to make it a safe and enjoyable event for everyone.”

In response to concerns about crime rates, ACC Holt said fans were advised to check the Foreign and Commonwealth Office website for tips on keeping safe during the tournament.

ACC Holt said police were not anticipating disorder at the event, but warned any fans who were arrested would be dealt with under local policing laws.

“The reality is that the overwhelming majority of England fans heading to Euro 2012 are there to support the national team and the game of football.

“Those who engage in any trouble must realise that they will feel the full force of local policing laws. Anyone involved in football-related trouble can also expect to face a football banning order when they return to the UK.”

ACC Holt said along with policing arrangements in the Ukraine and Poland, police were also planning a national policing operation to ensure safety in town centres for those fans remaining at home.

The policing operation also includes security of the running of the torch relay which co-incides with the Euro 2012 tournament.

A ports operation will also be in place to ensure those with existing football banning orders have complied with requirements to surrender their passports to police and to remain in the UK during the Euros.

ACC Holt said: “UK police are used to handling multiple events and we have the resilience nationally to deal with the demands of the Euro 2012 tournament, the Olympics and the torch relay.

“Police will be stepping up patrols in city centres to tackle any alcohol-related disorder as well as to manage any crowds at proposed big screen events.

“As this is the last major sporting event ahead of the Olympics, the eyes of the world will be on England fans and we will hopefully be showcasing the best of our supporters at home and abroad.”