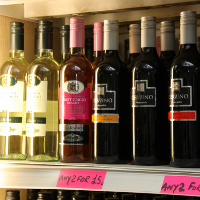 One of the Metropolitan Police Service’s biggest policing operations of the year so far was launched on Friday 24 February to tackle unlicensed activity around the capital.

Operation Condor targets all 32 London boroughs as part of a massive crack-down on licensing issues affecting all our communities and so far has led to 4,896 premises visited, 658 licensing breaches being identified and 420 people being arrested.

The operation is a co-ordinated 48 hour operation across London to combat those who flout licensing rules including shops, pubs, clubs, unlicensed mini cabs and others.

Police are on the look out for drug taking and other illegal activity inside pubs and checking that alcohol is sold and consumed in line with licensing laws. In shops and supermarkets, they are taking action against people selling alcohol, cigarettes and knives to children and those who have not checked correctly checked the history of second hand goods for sale. Driving licence fraud and taxi touts are also being targeted.

Commander Mak Chishty, leading the operation, said: “Licensing laws are there for good reason as they help protect us from danger. Breaking them is not acceptable. Operation Condor is about keeping our communities safe from harm. In our shops and supermarkets this means people do not sell knives, harmful substances or alcohol to young people; in our pubs and clubs it means that alcohol is sold and consumed in a responsible way, on our roads it means that vehicles, such as taxis are properly licensed and safe.

“This is why so many of my officers were out over the weekend stopping cars at transport hotspots to check for correct documentation, visiting newsagents, off-licences, supermarkets and betting shops to ensure and test licensing laws are being followed correctly. We are also targeting pubs and clubs to make sure they are strictly applying their permits and to ensure any informal sales of goods or drugs on their premises are dealt with appropriately.

“Licensing impacts upon everyday community life. The results of unlicensed activity on our streets can find the form of underage drinkers acting unsociably close to where we live, unlicensed mini-cabs endangering passengers by making uninsured journeys and also shops who potentially encourage the circulation of stolen items by not correctly checking the history of second hand goods offered for sale.

“These are just some small examples of why it is vital our officers continue to work with our partners to enforce licensing laws in all walks of life and in doing so protect people who live, work or travel in London safe from harm.

“Transport for London, local authorities and trading standards are some of the partners involved in the combined effort to increase public safety.”

During the course of the operation over 3,000 officers from boroughs and specialist units will be working on Op Condor, using a range of tactics to bring unlicensed activity to account.

Kit Malthouse, deputy mayor for policing and crime, said: “Most criminal networks profit from illegal licensing, whether it’s selling alcohol illegally or giving youngsters access to harmful weapons. Cracking down on this activity means we’ll see a knock on effect of a drop in robberies, violence and anti social behaviour, which is good news for Londoners. I’d like to thank the 3,000 police officers enforcing this operation and I’d like to advise criminals across the capital to keep looking over their shoulders as we’re watching.”