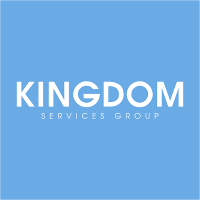 The Kingdom Services Group has officially announced their pledge to support the Women’s Night Safety charter, a new program launched by London’s mayoral office. Spearheaded by the mayor’s Night Czar, Amy Lamé, the initiative aims to make women feel safer and more confident in the city, after hours.

Businesses who operate in the night time economy have been asked to sign-up to a series of pledges, including:

1. Nominate a champion to actively promote women’s night safety
2. Demonstrate to staff and customers that we take women’s safety at night seriously
3. Remind customers and staff that London is safe, but tell them what to do if they experience harassment when working, going out or travelling
4. Encourage reporting by victims and bystanders
5. Train staff to ensure that all women who report are believed
6. Train staff to ensure that all reports are recorded and responded to
7. Design public and work places to make them safer for women at night.

Kingdom Services Group, Head of Risk and Mitigation, Andrew Howe states
“Personal safety for all is a key area of concern for Kingdom Services Group so we’re delighted to be signing up to this initiative ahead of it’s formal launch. We are in the process of developing training and communications programmes to share with all employees across the Group promoting personal safety, and in particular for women during the night.”

He goes on to offer some tips which while obvious are important:
• Maintain spatial awareness, including not listening to music or calls with earphones
• Where possible, stay in well-lit and populated areas
• Only use accredited transport
• Let people know your plans
• Remain drink aware
• Allow friends/family to access your ‘find your phone’ app

Kingdom Launches New All in One App for Colleagues

August 1st 2019 Dunedin who have built a sterling reputa...
Read More
Subscribe to our newsletter