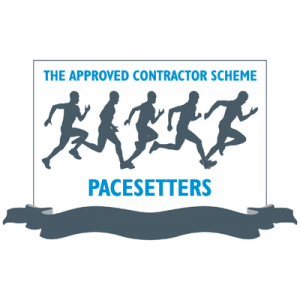 The 2022 ACS Pacesetters Security Officer of Distinction Awards were held on Wednesday the 24th May at the Royal Ascot Race Course. The event was hosted by Professional Security Magazine, Managing Director, Roy Cooper.

With our members, their staff, and guests in attendance it was a great opportunity to celebrate and reward the outstanding work of the frontline Security Officers who won an award this year.  All of the Security Officers who were nominated should be congratulated on their achievements and the following were selected as the final winners:

Stephen McCormick, Director of Licensing and Standards, at the Security Industry Authority also participated as a Guest Speaker and presented the individual Awards to the Security Officers of Distinction.

The event was also an opportunity to raise funds for Felix Fund – The Bomb Disposal Charity and managed to raise £2,150.00 for the group.  Raffle prizes were donated by MAN Commercial Protection, Davis Site Security, The Keyholding Company, The Westgrove Group, Professional Security Magazine and Royal Windsor Racecourse.

Congratulations to all of the winners of an ACS Pacesetters Security Officer of Distinction Award 2022.

The ACS Pacesetters is independent of the SIA and the ACS and promotes those security companies who are SIA approved contractors that currently have a score in the top 15% of all accredited companies. The SIA’s Approved Contractor Scheme (ACS) provides a recognised hallmark of quality for all security companies with that status within the private security industry.

ACS Pacesetters Announces Sponsors for 2022 Awards and Calls for Nomin...