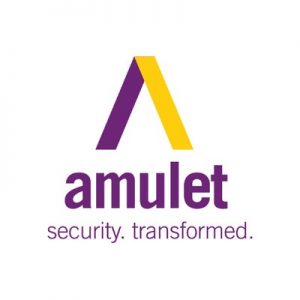 Last night, 20th November 2019, the Churchill Group’s Amulet Security was awarded Security Guarding Company of the Year over £25m Turnover’ at the 20th Security and Fire Excellence Awards. The event which was held at the Park Lane Hilton in London was attended by over 1000 members of the security, fire and safety industries.

The coveted award is given to companies based on their service, professionalism, and reputation within the industry. This award is significant as it represents the most prestigious accolade that Amulet Security has won since its’ founding last year though not their first, following their win at the PFM Awards. Born out of the Churchill Group’s acquisition of AOS, Amulet has been building their brand and establishing their independence with considerable growth over the previous 12 months.

“The company is overwhelmed to have won this award, following what has already been an incredibly successful year. Being positioned against such strong industry professionals is a true testament to the expertise, hard work and dedication of our people” said Darren Read, Amulet’s Managing Director.

Group Marketing and Communications Director Lizzie Neave followed on by saying, “Amulet is a shining example of service excellence within the security sector, and we are delighted to see the company recognised with this award. Everyone at Churchill would like to extend congratulations to all involved and share thanks to the SFE Awards for this win.”

Churchill Group, one of the largest independently owned soft service providers in the UK, has announced the launch of On Verve, a new...
Read More

*Press Release* On Wednesday 25th November, STM Group (UK) Ltd was named as winner of the ‘Security Project of the Year’ Award at the IFSEC Annual Securit...
Read More

On Wednesday the 8th of November 2019, the 26th Annual Premises and Facilities M...
Read More
Subscribe to our newsletter