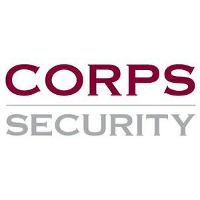 On the 15th of July 2019, Corps Security confirmed that they have secured a three plus two year contract with the well known French bank, BNP Paribas. The contract is for the provision of integrated security services includes manned guarding, event security, close protection as well as systems monitoring which will be conducted from their state of the art Monitoring Centre in Glasgow.

Nearly 50 of Corps Security’s staff will be mobilised to work on the contract which will cover 4 locations around London including 3 of their City offices as well as their Marylebone site on Harwood Avenue.

Corps Security was founded in 1859 by Sir Edward Walter, better know at that time as the Corps of Commissionaires. Founded with the purpose of helping ex-servicemen gain employment following the Crimean War, Corps currently stands at number 14 on the Infologue Top 30.

“BNP Paribas was founded in 1848, just 11 years before Corps Security. We’re delighted to be working in partnership with one of the most established names in the banking world to deliver a truly innovative security offering.” stated Corps Security CEO, Mike Bullock.

BNP Paribas operates in 77 countries across multiple business sectors and is the world’s 7th largest bank based on total assets.

Zurich, one of the world’s leading insurers, has appointed Corps Security to deliver guarding services across its UK portfolio...
Read More
Subscribe to our newsletter